The City of Riverside spends more than $1.3 million dollars annually on Graffiti abatement. Additional money is spent by other public agencies, utility companies and private property owners to remove graffiti from their properties.

Graffiti, also referred to as "tagging", is the unauthorized writing or drawing on a public or private surface. Graffiti may consist of inscriptions, slogans, and/or drawings that are created by scratches, scribbles, etching, stickers or paint.

Graffiti is a community eyesore and everyone’s problem. Graffiti is costly, destructive, lowers property values and sends a message that people of the community are not concerned about the appearance of their neighborhood. It is against the law, and in cases where the cost of clean-up equates to $400 or more, is punishable as a felony. 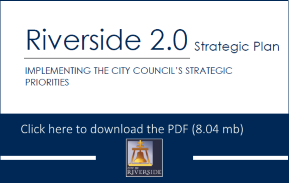