Photo by Watchara Phomicinda, The Press-Enterprise/SCNG

Rose Mayes: Since 1993, Rose has been an influential force in establishing equity in housing as the Executive Director of the Fair Housing Council of Riverside County. After more than five decades since President Lyndon Johnson signed into law the Federal Fair Housing Ac, which sought to outlaw racial discrimination in housing, Rose continues to dedicate her life to this essential cause.

In addition to her fight for justice in housing, Rose is a co-founder of the Riverside African American Historical Society, which has been a guiding force for the Civil Rights Institute of Inland Southern California and the erection of the MLK statue Downtown in 1998.

Stay up to date with Rose Mayes’ latest project: https://www.inlandcivilrights.org/

Dell Roberts: A legendary youth advocate and community icon, Dell Roberts worked for 38 years at the Riverside Unified School District as a football coach, campus supervisor, and assistant principal in charge of discipline at Poly High School from 1965-1989, and as assistant administrator in charge of discipline and campus security for RUSD from 1989 until his retirement in 2003. Roberts founded the Black Students Union at local high schools in 1968, the Riverside Black History Committee in 1979, and the Black History Parade in 1980. Roberts and his wife, Carmen, run the Adrian “Dell” & Carmen Roberts Foundation in Riverside, which creates and provides cultural activities throughout the year.

Dell Roberts was recently announced as the winner of the Frank Miller Civic Achievement Award for 2022. Roberts will be honored at a May 19 ceremony and dinner at the Mission Inn Hotel & Spa.

Charles Bibbs: As one of the leaders in the African American art print market, acclaimed artist and Riverside resident, Charles Bibbs shares his perspective on the beauty of art and what it means to be an artist. Bibbs’ work fuses African American and Native American cultural themes that make powerful cross-cultural statements. You may have seen his artwork featured in exhibitions at the Riverside Art Museum. In his quest to preserve and develop the visual arts, you can find Charles serving on boards of museums and art organizations to support the art community.

To learn more about Charles Bibbs and view his artwork: https://www.cbibbs.com/ Elizabeth and Robert Bonds Sr. moved to Riverside in 1957 with their four children. Rosie was a 1964 Olympic Hurdler, Robert Jr. and David were also top athletes. Bobby was one of Riverside’s most famous athletes. As a Pro Baseball player, he was legendary for power and speed. He was the first to hit at least 30 home runs and steal at least 30 bases in one season, a feat he repeated 5 times. He was also the first baseball player in the 20th Century to hit a Grand Slam in his first pro game. A 3-time All-Star, with 332 home runs,1024 RBI’s and 461 stolen bases, he played in the 1971 National League Championship Series, was 1973 All-Star MVP and won 3 Gold Gloves. His baseball legend son, Barry, was born in Riverside while the family lived here in 1964 who later became the MLB’s all-time home run leader (762 HR). Born June 15, 1949, Johnnie B. “Dusty” Baker grew up in Riverside’s Eastside neighborhood and has spent a lifetime in baseball. After a productive career as an outfielder for four teams (Atlanta Braves, LA Dodgers, San Francisco Giants and Oakland Athletics,) over a 19-year career, Baker joined the managerial ranks and is currently the manager for the Houston Astros. Baker is the first manager to guide five franchises to a division title -- having done so with the Giants, Cubs, Reds, Nationals, and Astros. He is also the only three-time Major League Baseball Manager of the Year in League history. In November 2009, the City of Riverside named the baseball fields at Andulka Park in honor of the MLB legend. 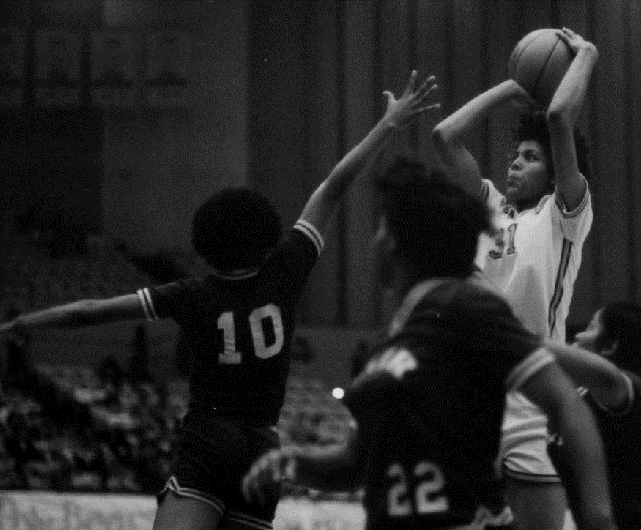 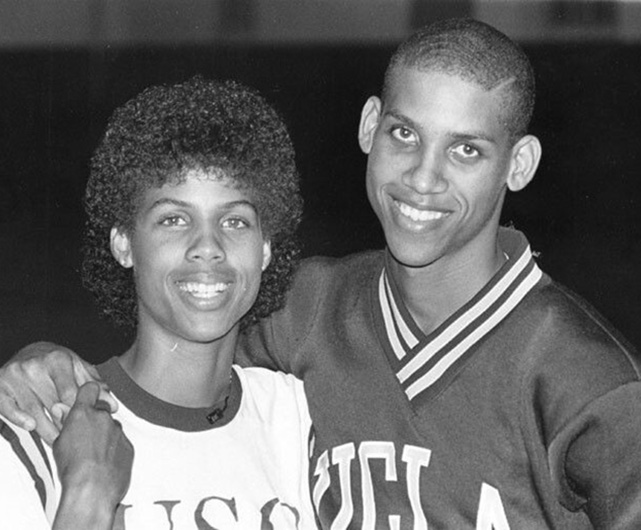 Cheryl Miller took women's basketball off the court and into the air above the rim. Some of you may remember Cheryl Miller’s historic 105-point game against Norte Vista High School in 1982. After leading the Bears to a record of 132- 4, Miller graduated high school both a 4-time state champion and 4-time All-American, Cheryl then competed at the collegiate level at the University of Southern California (USC). At USC, she was a 4-time All-American, 3-time Naismith College Player of the Year, and led the Trojans to two back-to-back NCAA championships (1983 & 1984).

Cheryl’s younger brother, Reggie “Baby Ice” Miller cemented his legacy as one of the best all-around shooters in NBA history. While at UCLA, he ranked second on the all-time scoring list. Upon graduation he was drafted with the 11th pick in the draft and played 18 seasons all for the Indiana Pacers and shattered many NBA records along the way. By his retirement in 2005, Reggie held the NBA’s record for most three-pointers made with 2,560 threes.

The Miller siblings are the only brother and sister to both be inducted into the Naismith Memorial Basketball Hall of Fame. Cheryl was inducted in 1995, while Reggie was enshrined in 2012.

THINGS TO LOOK FORWARD TO

Martin Luther King Jr. Monument Site Enhancement Fundraiser -RAAHS: The Martin Luther King Jr. Monument on Main Street in Downtown Riverside is in dire need of repairs. Join the Riverside African American Historical Society in raising funds to enhance and provide ongoing maintenance to the site. The project’s cost will be $250,000, which will include redesigning the nameplates on the ground and building several engraved stands to feature donor names and quotes from Dr. King. For more information: https://raahsinc.org/event/martin-luther-king-jr-monument-site-enhancement-fundraiser/ Civil Rights Institute : Behind the Food Lab and right across the new Main Library, you will find the current building site for the Civil Rights Institute located at 3933 Mission Inn Avenue in the Raincross District of downtown Riverside. With construction officially underway, the Civil Rights Institute is set to open in October of 2022 and will serve as a repository that will include exhibit and archival space for historical civil rights documents, artifacts, videos and audio recordings of all of the communities and regions surrounding Riverside County. Stay tuned for future updates! Is there anything we missed, should add or needs correction? Please email us at ExploreRiverside@RiversideCA.gov