Riverside, CA – On Friday, June 26, 2020, at approximately 9:06 p.m., the City of Riverside’s Public Safety Communications Center received calls of vandalism to the cross atop Mount Rubidoux, located in the 4700 block of Mt. Rubidoux Drive in the Downtown neighborhood of Riverside.  Callers described the suspects as three to four Native American males in their 20’s, using an axe and spray paint to cause damage to the cross.

Riverside Police Officers and the Air Support Unit responded and conducted an extensive search for the suspects, but they fled down the opposite side of the mountain prior and were possibly seen leaving in a light colored sedan.  The damage they caused consisted of graffiti in red spray paint and a portion of the outer shell was broken near its base.

A report was taken and this investigation has been referred to our detectives.  If you have any information regarding this vandalism or those responsible, please contact the Property Crimes Unit at (951) 353-7100.  Those wishing to remain anonymous can email rpdtips@riversideca.gov or utilize the Riverside Police Department’s mobile app “Submit a Tip” feature while referencing report number 200016662. 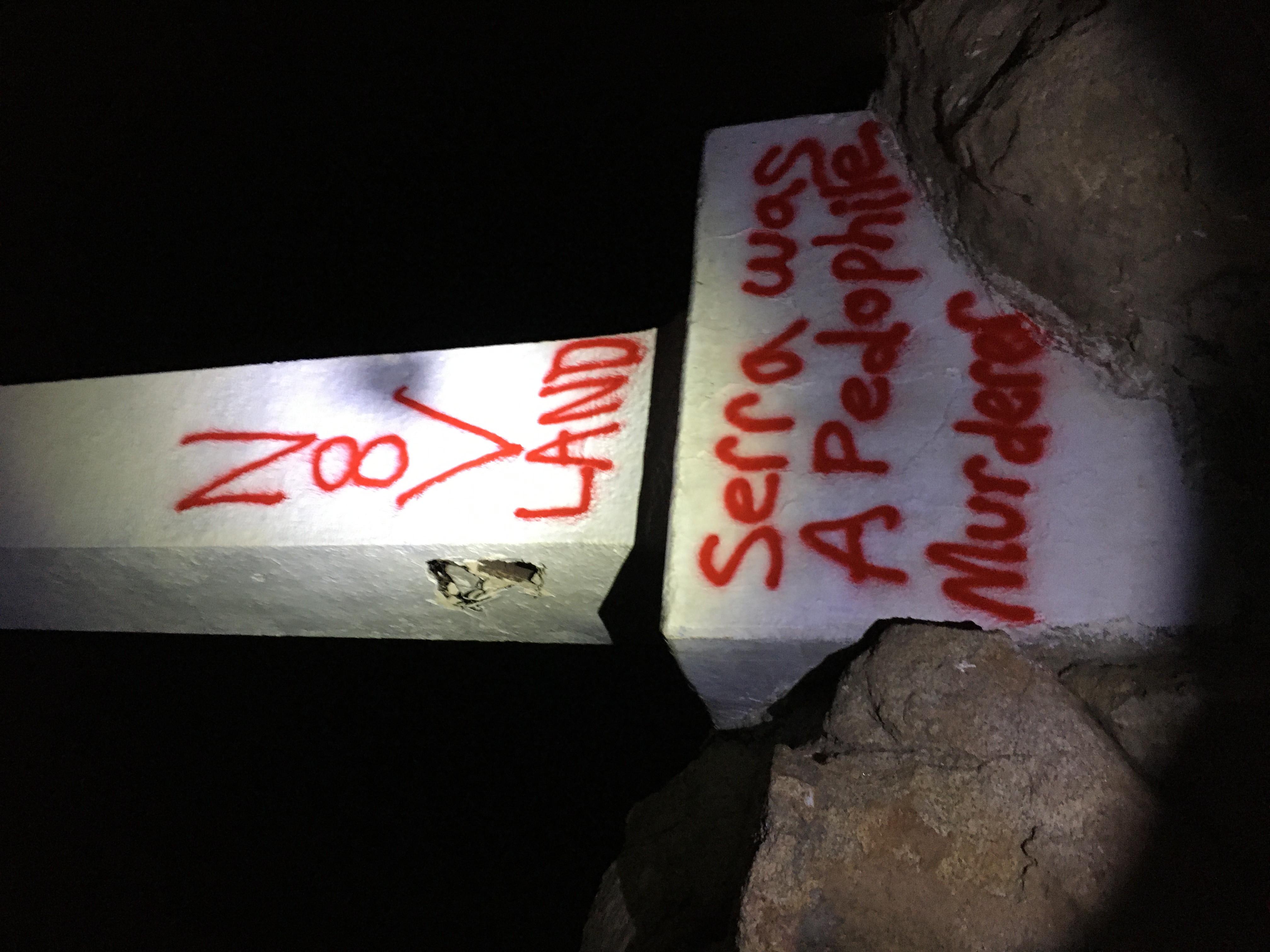